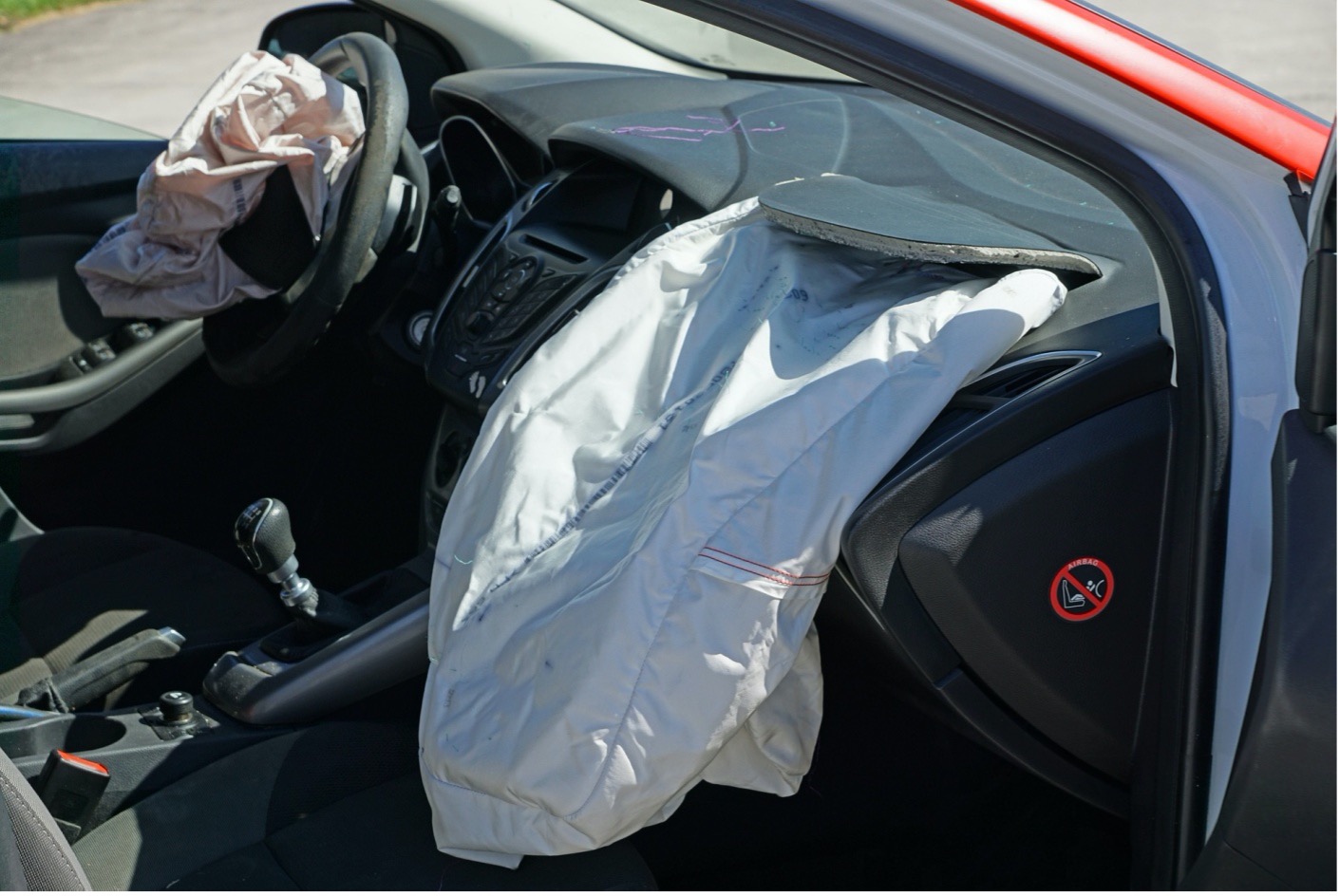 After they’ve had an accident, some people wonder why their airbags didn’t go off. Movies and television lead us to believe that airbags go off with the slightest bump. The reality is much more complicated. First, airbags come out with great force and speed. Getting hit in the face with an airbag is way better than getting hit in the face with a windshield, but if the accident impact isn’t hard enough that you would be severely injured, the airbags may not be triggered at all because they could do more harm than good.

So how does your vehicle know when an accident is likely to result in life-threatening injuries that would merit deploying the airbags? Well, there are sensors all around your vehicle that send information to the Supplemental Restraint System (SRS) computer that decides which airbags should be deployed and when. There are impact sensors that measure the direction and intensity of an impact in the front, rear, and sides of the vehicle. There are seat sensors that determine if someone is sitting there as well as how much they weigh. This way an airbag doesn’t go off when no one is in a seat and it can deploy with less force for a smaller person.

When an airbag does go off, there are some things you should know about the repairs necessary to the SRS system. First, the deployed airbag should be replaced. Experts recommend that only a factory certified replacement airbag be used. Airbags are expensive enough that they are frequently stolen or recovered from junked vehicles. No one can vouch for these airbags, so a certified replacement is essential.

When the driver side airbag in the steering wheel deploys, the steering wheel clock spring is usually damaged and should be replaced. Also, an “airbag worthy” event pre-triggers all the sensors we’ve been talking about. In this pre-triggered state, something as slight as hitting a pothole could cause airbags to deploy. So, after an airbag has been deployed, all of the SRS sensors throughout the vehicle should be replaced. Obviously, airbag work should only be undertaken by qualified service technicians.

Finally, when you start your engine, you will briefly see the SRS dash light come on and then turn off. This is a system self-test. If the SRS light remains illuminated, that means the system has detected a problem that could affect the proper deployment of your airbags. If that happens, get into your service facility as soon as you can to have the fault diagnosed.

Give us a call!